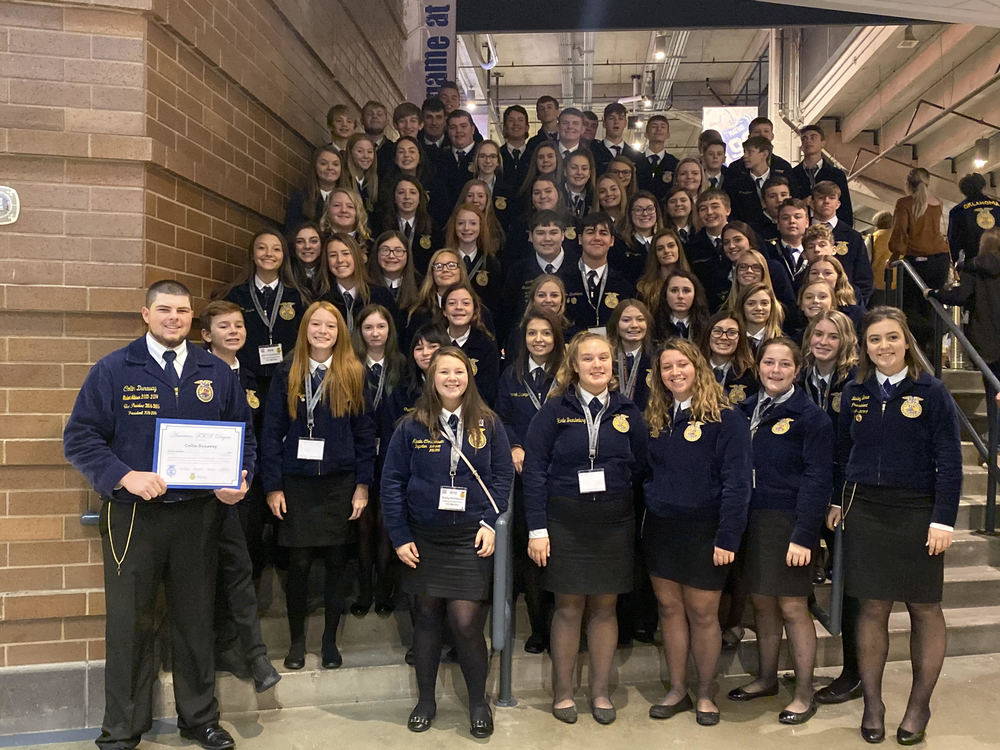 Felicity-Franklin FFA had several members compete at the National Level at the National FFA Convention and Expo, the week of October 30- November 2, 2019. The Chapter represented the state of Ohio and competed in various contests, and were recognized for accomplishments.

There were several Agriscience Fair teams that made it all the way to the National Level! Representing Ohio in Plant Systems Division 4 were Landen Tull and Audrey Pinger. Landen and Audrey won the state contest, submitted an application, and competed nationally. The pair did an amazing job and placed second in the nation in their division! Also competing in the National Agriscience Fair were Jared Hamilton and Joey Glassmeyer, competing in the Environmental Science and Natural Resources Division 6. They placed 7th nationally in their division.

The last Agriscience competitors were Lola Proffitt and Alyssa Myers, competing in Animal Systems Division 2. Lola and Alyssa placed tenth in the nation for their project.

Felicity-Franklin FFA Members are always great salesmen. Whether they are selling fruit, mums or tickets for cow pie bingo, our members are always on the hunt to make a good sale. A few of our members have a real knack for selling. Braden Blackburn, Joey Glassmeyer, Bailey Lowe, and Luke Jennings are true salespeople at heart. Last year, they teamed up to form the Felicity-Franklin FFA Ag Sales team. In March, the team competed at the state level, and placed first! At the National FFA Convention, the team competed, giving a mock sales pitch to prospective customers and completed a team meeting as part of the contest. After their hard work, they were practically professional salespeople. The Ag Sales Team achieved fifth in the country and rated gold as a team and three earned gold individually.

Bailey Lowe had a great time working on Ag Sales, but she had another award at the 2019 National FFA Convention. Bailey was a finalist, top 4 in the country, in the National FFA Agricultural Education Proficiency. Her Proficiency award is a culmination of years of work in the Felicity-Franklin FFA program.

More Felicity FFA members received honors at the convention. Less than one percent of FFA members earn their American Degree annually. Erin Jennings and Collin Dunaway have been working toward their American FFA Degree for years. According to the National FFA Association, ¨(The American Degree is) the highest degree achievable in the National FFA Organization, the American FFA Degree shows...the effort FFA members apply toward their supervised agricultural experience and the outstanding leadership abilities and community involvement they exhibited through their FFA career.”

The Felicity FFA brought one more facet of the chapter for competition at the 92nd National FFA Convention. Four of our members represented Ohio in the National Talent Competition! Brayden Sponcil, Cassidy Louderback, Madison Baird and Chloe Quatkemeyer competed in the FFA Talent with their drumline performance! All drummers are in the high school band and these four love percussion. They practiced their routines all summer, and qualified for the semi-finals in the National FFA Talent show! They were also asked to perform on the main stage in Lucas Oil stadium at the 2nd General Session in front of more than 10,000 guests.

The Felicity-Franklin FFA had a very busy Convention! The chapter members represented Ohio well and made the community proud. Congratulations to all the competitors and award winners! 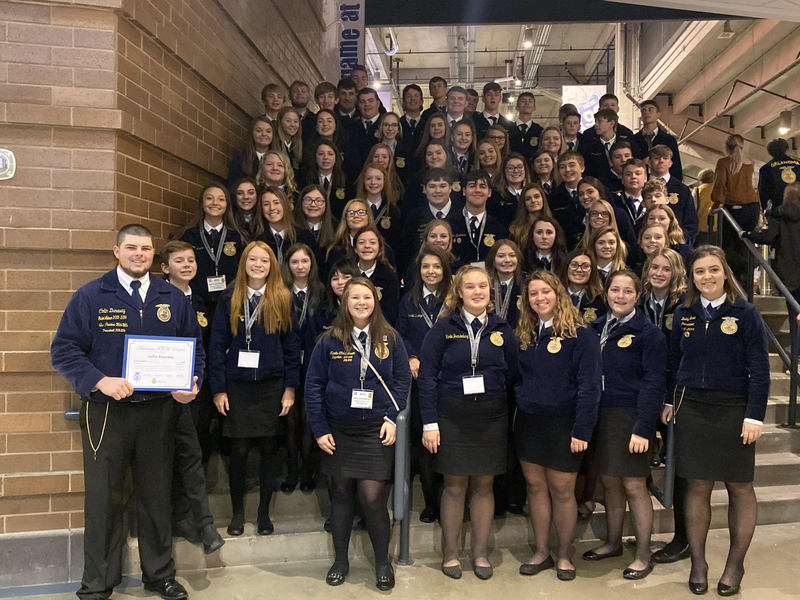 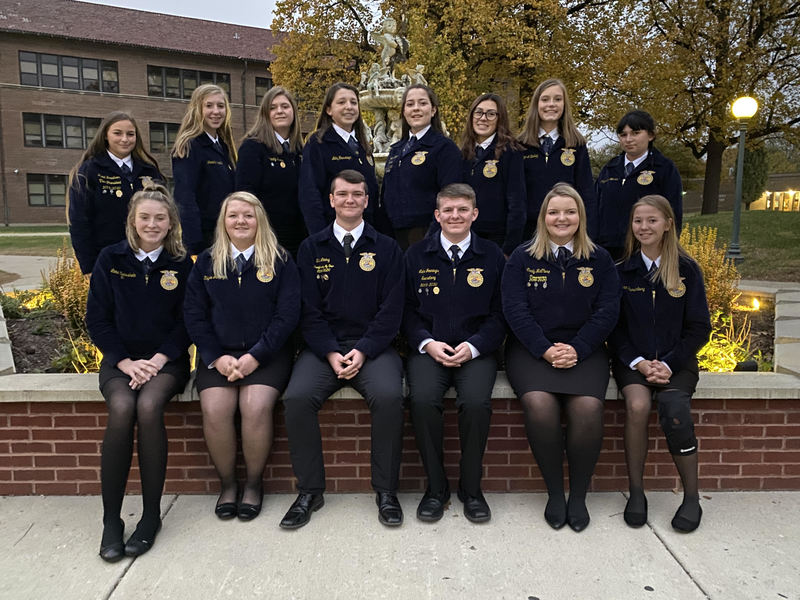